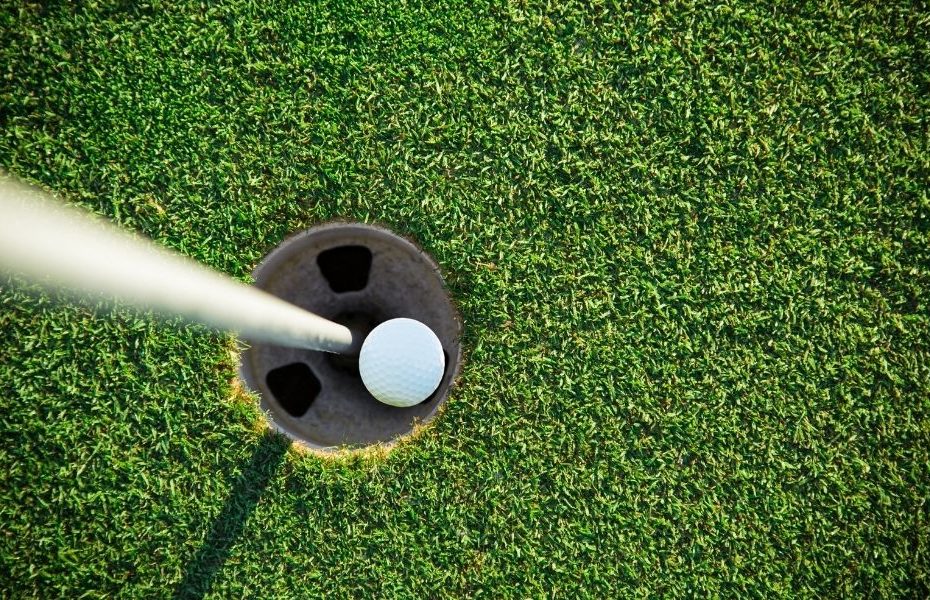 If you are only a beginner golfer, there is a good chance you aren’t familiar with all the complicated details of the game. Like most sports, golf is full of regulations and inside jokes, lingo, and rules of etiquette. As a beginner, you may benefit from this list of fourteen golf terms every golfer should know. You can use this article as a reference. Whenever you hear a new word on the course, check and see if the definition is mentioned here.

“Par” denotes the number of strokes a golfer should make on the hole. Each hole has a par, which communicates its length and difficulty. Holes can be either three-par, four-par, or five-par. A typical course will feature four par-threes, four par-fives, and 10 par-fours. Different courses, however, will have different combinations. Par is usually a good score for pro and amateur golfers. If you’re scoring around 72, you’re shooting par.

The term “bogey” refers to when a golfer completes a hole one above par. If the hole is a par-three, a bogey would be four strokes. Golfers who shoot “bogey golf” average one bogey for every hole. Cumulatively, that would translate to a 90 score on a par 72 golf course.

If you score one stroke more than a bogey—meaning two above par—you shot a “double bogey.” For example, if you are playing on a par-five, a double bogy would be a score of seven.

Perhaps it goes without saying that a triple bogey is the term used to describe a score that goes three above par. Some golfers abbreviate the term to “trip.” If you practice with golf swing aids, you can hopefully avoid getting these.

Now onto terms that denote a more positive outcome. An “eagle” refers to a shot two below par. If you are playing on a par-five, an eagle would be scoring a three on the hole. More often than not, golfers achieve eagles on par-fives, but they are sometimes seen on short par-fours as well.

To shoot a “birdie” is to shoot one below par. For example, if you were to get the ball in the hole in three shots on a par-4, that would be a birdie. Golfers love birdies because they become attainable with more practice.

Next on our list of golf terms every golfer should know is “fore.” Fore is an especially important word because it denotes a vital safety warning. If you ever notice a golf ball headed toward another golfer or a group of golfers, it is common courtesy to yell, “Fore!” This tells nearby golfers about the ball flying overhead. From this warning, golfers know they should find cover immediately.

A caddie is a person hired to carry golf bags and offer insights during the round. Since they work at specific country clubs, caddies tend to have insider knowledge that can lower a golfer’s score. Country clubs tend to hire caddies as young as 12 years old.

“Fore caddies” refers particularly to caddies who walk ahead of the shots to locate them for the golfers. They typically don’t carry clubs and often ride in the golf cart.

The “tee box” is where a golfer hits their tee shot—or first shot—on each hole. If you want to be really professional on the course, make sure you tee your ball behind the marker. Failure to position the ball correctly will result in a one-shot penalty.

The “fairway”—also called “the short stuff”—is a term for the shorter-mown section of the course between the tee and the green. Golfers always want their ball to land on the green for several reasons. First of all, the grass is shorter, which means it is easier to hit the ball forward. Also, because the ground is more predictable, you will find it easier to decide which club to use when the ball is on the fairway.

The fairway is typically the most direct route. There’s a correlation between hitting more on the fairway and attaining lower rounds for nearly every golfer.

The area on a hole known as the “green” is where the flag is located. On a par-three, you usually want to reach the green on your tee shot. For par-four holes, aim to be on the green after two strokes, and then three strokes on a par-five.

On a golf course, the “rough” is the large grass area that surrounds the green and the fairway. It’s the part of the hole with the longest grass, and if you shoot into the rough, your next shot is going to be tricky. The difficulty of the rough, of course, depends on the golf course. Some courses even have two kinds: intermediate roughs and deep roughs.

Playing the ball after landing in an intermediate rough isn’t too difficult. Deep roughs, on the other hand, often put a strain on the hole—so much so that golfers usually need to pitch themselves out of the rough and onto the fairway before they can make more progress.

A “putt” describes the final few strokes when you use your putter to get the ball in the hole. A person’s “putting game” can make or break the round. While many golfers are eager to spend hours perfecting their drive, few of them give the same attention to the gentler work required to become a brilliant putter.

“Bunkers”—also known as the “sand traps”—sprawl out along a hole to increase its difficulty. There are two kinds of bunkers: fairway bunkers and greenside bunkers.

As you become more and more acquainted with golf, these words will become regular parts of your vocabulary. If you’ve spent time on a golf course, you’ve undoubtedly heard a few of these before. Use this article as a reference for new terms you hear on the course to clear up any uncertainty.